History, Not Prescience (I pray)


Some were raised United Methodist. Some came from other traditions. One of the men, I recently baptized (at the same time I baptized his daughters), and another made a reaffirmation of his faith. Anyway, these are really good folk and I am proud they are so engaged.
In previous sessions I have gone over some of the very basics: Our:
Origins—“Dry” Anglicanism; Wesley’s at Oxford, in Savannah, on the boat, in Germany; the “Aldersgate Experience” (May 24, 1738); small groups
Features—bible study and prayer, personal holiness and peer accountability, faith and good works (heart and hand)
Theology/Doctrine:
What we share with others Christians: Triune God, Salvation in Jesus Christ, Scriptures and Sacraments, imago dei, Kingdom of God
What are our Distinctive Emphases: Aspects and functions of Grace; “responsible Grace” (faith and good works, mission and ministry, personal and social holiness.
But it was so strange, today, to talk about American Methodist History, and to tell of the moral and spiritual failure of our Methodist ancestors. That is, to acknowledge again the sad fact that economics and prejudice took precedent over faith and its corollaries: hope and love.
I will have more to say about this in subsequent posts—and about the sermon I preached today, taking a cue from Joshua Rothman’s essay in the January 21, 2019 of The New Yorker entitled, “Choose Wisely: Do We Make the Big Decisions, or Do They Make Us.” But for now, I include the class notes I used today as a reminder, and a primer for what is to come.


These notes are not exhaustive, of course (I did all this in 45 minutes), but suggestive of the issues back in the day. Are they a harbinger?


MEC is “anti-slavery” very early. Methodist missionaries encouraged slave-owners in the south to “manumit” their slaves, and many did. Baptist and Methodist preachers in the south encouraged better conditions for slaves based on white Christian’s “paternal responsibilities” for the slaves.
BUT: 1794: Cotton Gin—


1832: James Osgood Andrew, a Methodist pastor in Oxford, GA (or Athens), is consecrated bishop. By 1842, he owns slaves.
Multiple theories as to how he acquired them: a) bought a young woman to  protect her from a less kind master, but let her work independently and keep her wages; or b) married a woman who, when she died, bequeathed him a slave left to her; c) subsequently married a widow whose first husband had been a slave owner… these are matters of continuing debate.


1840: Bishop Andrew was investigated by the MEC, but not charged.


1844: He was suspended from episcopal duty, which prompted “articles of separation” to be


1846: The Church splits (at least) three ways: MEC; MEC, South; Methodist Protestant Church (MPC), which is Wesleyan in theology but congregational in polity


1968: The Methodist Church unites with the Evangelical United Brethren
The EUB were themselves a merger of the Evangelical Association/Church and the Church of the United Brethren in Christ (both ethnically German, theologically Wesleyan churches) to form The United Methodist Church (these two “source” traditions are represented by the two tongues of flame on the UM Logo)

I am Churchilling this morning. My term. A new spiritual practice.     For those of you who saw Darkest Hour , a scene you may have f... 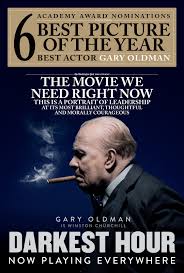 Pastoral Epistles (soon to be: Considering the Conference)

The amblings, opinions and experiences of a workaday, garden-variety pastor that, I hope, will give insight into the world of scripture and the life of faith. The first posts below related to the 2019 special session of the United Methodist General Conference (2/23 - 2/26); newer posts comprise sermons, sermon notes, thoughts-at-large, reflections. Thanks for reading, and feel free to comment.